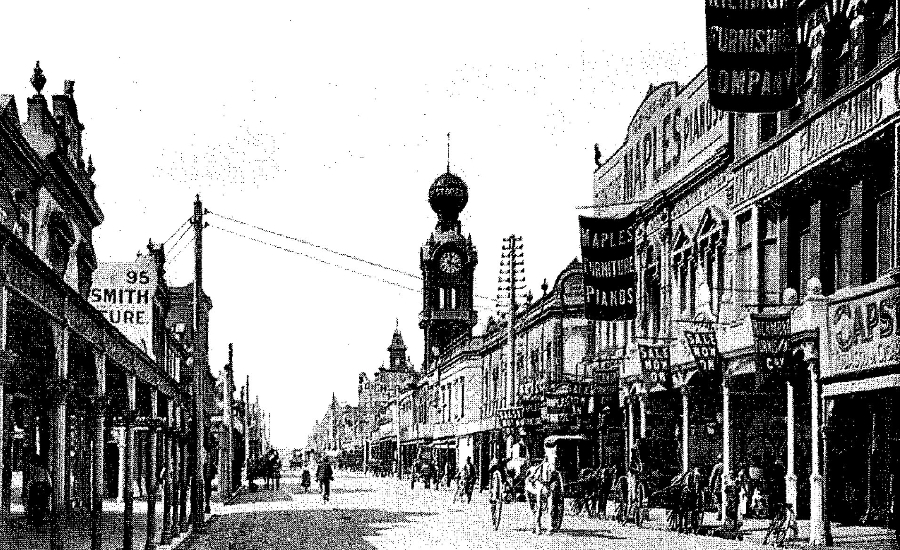 First established by Joseph Britten and family in 1853, the business traded as a successful Drapery store in Swan Street, Richmond Victoria.  In 1898 the Drapery store was sold to Dimelow and Gaylard who began selling a broad range of high fashion merchandise.  The store was very successful and loved by Melbournians near and far, so much so that customers affectionately referred to the store as ‘Dimmeys’.

In 1904 the business was taken over by John Jeffery, who officially changed the trading name to ‘Dimmeys Model Stores’ to reflect its reputation and status for high fashion merchandise.  During this period of time Dimmeys became very well known for its big sales, so with a downturn in the economy due to the depression, Jeffery’s saw a gap in the marketplace and began selling quality goods and discounted prices.  During the post war period, Dimmeys became one of the most prominent discount retailers in Melbourne, just as it is today – the bargain store we all know and love!

The story of Dimmeys has a long and distinguished past and a very bright future. Dimmeys’ present day owners (Range Works Pty Ltd) continue the tradition of keeping Dimmeys an Australian family owned business and are committed to maintaining Jeffery’s philosophy –

Always give the customer a bargain!

Dimmeys have recently opened stores in Sunshine Vic and Rosebud Vic and are currently embarking on even further expansion.  This expansion will create many new jobs for local communities and exciting opportunities for the locals to stretch their dollar further with huge savings off everyday products.  Dimmeys have 17 stores across VIC, QLD, NSW and SA, so Click here to find your nearest Dimmeys store!

At Dimmeys you can find national brand and imported Apparel for the whole family, plus a fabulous range of Manchester, Homewares, Giftware, Footwear and Grocery all with huge discounts off recommended retail prices because at Dimmeys you’ll always find a bargain with BIG brands and BIG savings!